A multi-year study involving optimizing the design of composts matched to the needs of specific crops could pay off with higher agricultural yields while minimizing biowaste from the composts themselves. 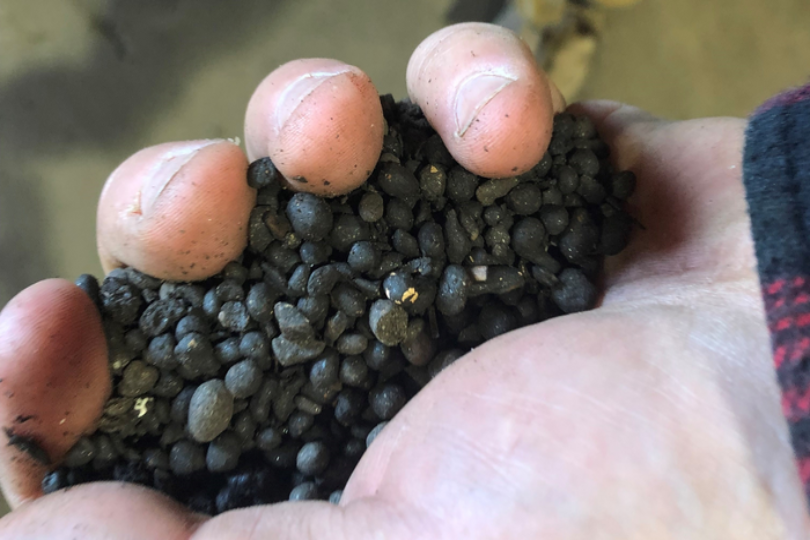 Precision compost granules such as those shown here could revolutionize the concept of compost itself while increasing crop yields and minimizing compost biowaste. Photo: University of Queensland

The just-released research effort led by Professor Susanne Schmidt from the University of Queensland’s School of Agriculture and Food Sciences explored the use of what her team calls a Precision Compost Strategy (PCS) in crop growing and food production.

What the team found suggests that rather than using a more generalized compost approach could have significant benefits in soil biome health and overall crop yields. It also would provide for more efficient consumption of the compost used. That in turn would cut down on excess biowaste from landfill, where it often ends up contributing to high greenhouse gas emissions, despite the original “circular economy” intent of using compost from biodegraded food and other plant wastes to minimize waste.

Professor Schmidt explained the Precision Compost Strategy began with the idea of eliminating the need for mineral fertilizers. This is especially important in Australia, which while a net food exporter currently imports much of its fertilizers from outside the country, at high costs and with a damaging carbon footprint.

“Instead of relying just on mineral fertilisers, PCS involves supplementing the right type of compost with nutrients to match the needs of soils and crops,” Professor Schmidt said.

“Soils that have become compacted and acidic are then aerated and neutralized," she explained. “The result is they can retain more water, facilitate root growth and nourish the organisms that keep soils and crops healthy.”

Professor Schmidt said soil plays a crucial role in ensuring global food security, but "currently 30 per cent of the world’s agricultural soil is classified as degraded, with projections that this could rise to 90 per cent by 2050."

“Our research estimates PCS could boost the annual global production of major cereal crops by 96 million tonnes, or 4 per cent of current production,” she continued. “This has flow-on effects for consumers by addressing food shortages and price hikes.”

As Schmidt noted, in her country “more than 7 million tons of biowaste ends up in landfill every year, where it generates huge amounts of avoidable greenhouse gases and other undesirable effects.”

“There are cost benefits too,” she went on. Diverting just 15,000 tonnes of biowaste could save a local council as much as $2-3 million a year.” 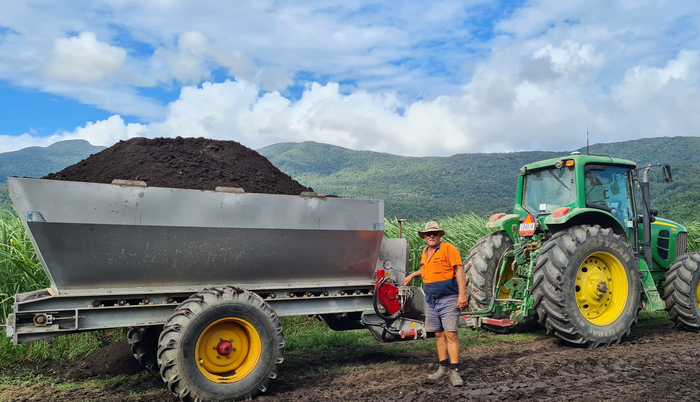 The Rossi Farm in Queensland is experimenting with precision compost use in sugarcane production. Photo: University of Queensland

“We’ve been able to almost halve our fertilizer use which is so much better for the environment, and our crop yield is the same,” Mr Rossi said.

More than 2,000 examples of compost use in the agricultural sector across the globe were analyzed as part of the PCS study.

This research was supported by the organization Fight Food Waste CRC.