It is now official: the state of California will no longer allow sales of any new gasoline-powered cars by 13 years from now. The hard part will not be the availability of cars which meet the new standards. It will instead be mostly about rolling out the infrastructure they require to operate. 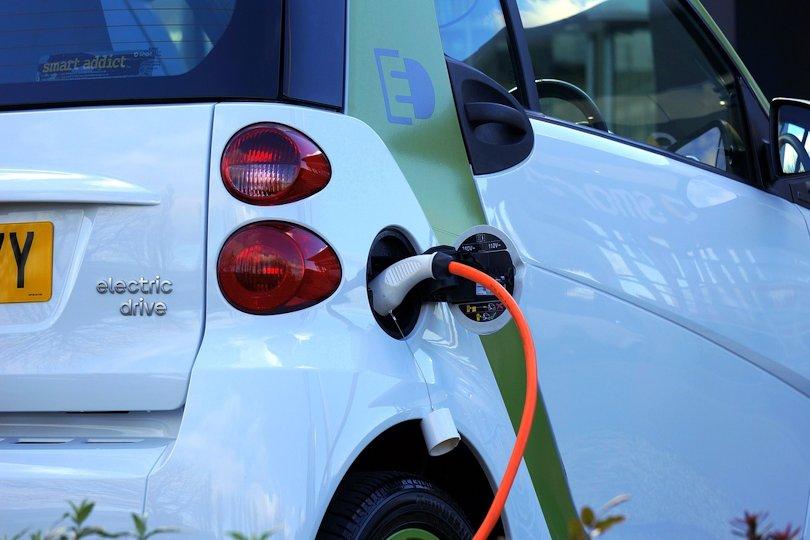 As of 2035, most new cars sold in California will be electric vehicles like this one. Photo: Pixabay

In September 2020, California Governor Gavin Newsom issued an executive order banning the sale of new gas vehicles in the state by what was then 15 years away.

His announcement came after California endured a summer of record high temperatures driven by global heating and the climate crisis. The state was also at that time fighting explosive wildfires which raged on for months afterwards.

The focus of the executive order was all about carbon dioxide emissions in the state and a desire to take a leadership role in doing something explicit to bring them down. The transportation sector in California is the biggest source of carbon emissions. It is responsible for 80% of all smog-forming pollution and 95% of all diesel emissions. Though banning gas-powered vehicles would not reduce all of that, especially because the order does not block driving or reselling gas-powered cars after 2035. What is was projected to do was to cut the state’s total CO2 emissions by 35% from what they are now.

Newsom at the time gave a two-part rationale for the order, one part emissions reduction and one part about job creation in the state as EV production increases.

“For too many decades, we have allowed cars to pollute the air that our children and families breathe,” the governor said in a published statement then. “Californians shouldn’t have to worry if our cars are giving our kids asthma. Our cars shouldn’t make wildfires worse – and create more days filled with smoky air. Cars shouldn’t melt glaciers or raise sea levels threatening our cherished beaches and coastlines.”

He went on to explain how California is uniquely situated to take advantage of the business boom that would follow for those making EVs. At the time, California was home to 34 electric vehicle manufacturers and developers, the biggest number for any state in the country.

“Our second largest export in the state of California are electric vehicles,” Newsom said. “Those 34 manufacturers, those public trading manufacturers, represent close to half a trillion dollars of market capitalization, some $500bn … this is an economic opportunity.”

Yesterday this order became reality, as the California Air Resources Board (CARB) which regulates emissions issues in the state, approved the plan for implementing the 2020 executive order.

Under the just-unveiled CARB Advanced Clean Cars II rule, 35% of all new cars, trucks, and SUVs sold in the state must be electric. By 2030 the percentage of EVs must be 68%, then ramping up to 100% just five years after that.

All that is a big jump from the percentage of electric vehicles sold in 2021, which was just 12%. Those arguing in support of the ability to make the shift point out that currently 18% of all cars sold in the state are electric, for a 50% jump in volume compared to last year. They also point out that in 2019 just 7% of all cars in the state were electric. So, they conclude, there is momentum to make such a shift.

While this is good news for the EV industry, analysts point out multiple stumbling blocks ahead for pulling off such a radical change in driving habits by just 13 years ahead.

One issue is materials. Increasing EV production this fast will require ramping up mining and processing of minerals such as lithium and cobalt used for batteries and power storage in most of the electric vehicles expected to be in production by this time. As demand rises for this category of vehicle, mining and sourcing these materials will become the equivalent of a modern gold rush ahead.

A second issue is that currently a sizeable fraction of EVs sold are luxury models such as Tesla’s entire car model line. To become a commodity which the average American can afford will take significant innovation and financial resources for the car industry. According to an analysis recently published by Automotive News, the average sales prices for an electric vehicle is now $63,000; that is about $15,000 more than the average sales price of all autos sold using any kind of propulsion.

While the argument that EVs will in fact cost less than gasoline-powered cars over time is valid, it still does not change that many people simply cannot afford the initial price tag for the cars. A $7,500 EV tax credit which is part of the recently passed Inflation Reduction Act will help, but even that may be hard to take advantage of, since it has restrictions on, for example, where components for batteries used in the EVs can be acquired in order to be eligible for the credit.

Then there is the issue of availability of charging stations to address the complex mix of vehicles on the road and the far longer time it takes to charge EVs than it typically does now to fill up with gasoline or diesel at a service station. Current charging solutions fall into three categories: slow chargers (with up to 3kW output) which take overnight to charge and are generally installed in the home, fast chargers (7-22kW) which take up to four hours to charge a vehicle, and rapid charging system (43-50kW) which are the most common types used in service stations along the road, where available, and can charge many vehicles to 80% of capacity in about 30 minutes.

During the review stages for the new rules passed by the California Air Resources Board, David Barker of North American Subaru, one of the smaller players in the EV market, laid out these issues succinctly.

“There are very real challenges in meeting consumer demand for affordability, ease of charging, while at the same time overcoming existing global supply chain disruptions and limited access to critical minerals,” he said. “And all of these challenges are amplified for smaller manufacturers like Subaru.”

It is also important to remember that although electric EVs will likely be the dominant means for California to meet its goal of phasing out all gas-powered vehicle sales by 2035, there is another alternative on the rise which will likely take significant market share of the zero-emissions vehicle market by that time. That alternative is the hydrogen powered car industry. While promising, it too will require significant innovation and money to ramp up production, bring vehicle costs down, and roll out its own form of on-the-road hydrogen refueling.

Despite the issues, there is little to disagree with that this new mandate represents a breakthrough in emissions strategy for both California and the transportation industry as a whole.

“This is a historic moment for California, for our partner states, and for the world as we set forth this path toward a zero-emission future,” said Liane Randolph, chair of the CARB group which announced the new rules yesterday.