Climate-Resilient Breadfruit Might Be the Food of the Future

While researchers predict that climate change will have an adverse effect on most staple crops, including rice, corn and soybeans, a new Northwestern University study finds that breadfruit — a starchy tree fruit native to the Pacific islands — will be relatively unaffected. 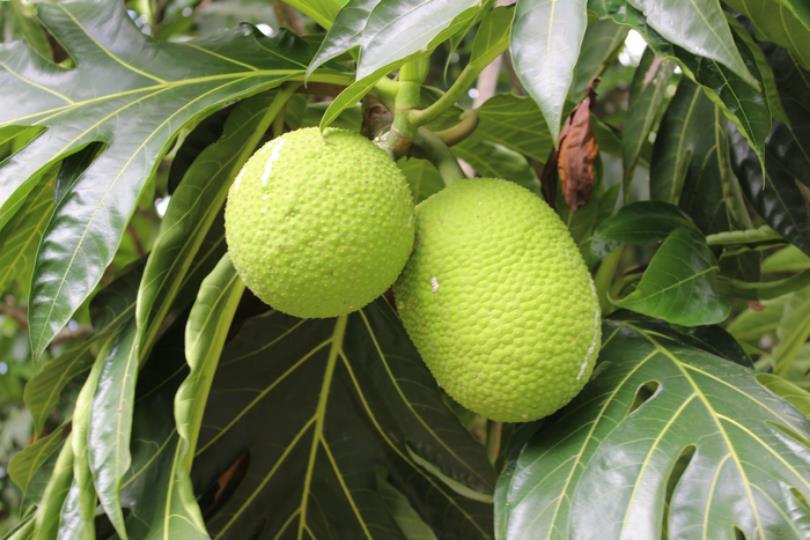 Breadfruit, an easy-to-grow nutritious fruit from the Pacific region, could become far more important as a staple in our much hotter future ahead. Photo: Nyre Zerega/Northwestern University/Chicago Botanic Gardens

Because breadfruit is resilient to predicted climate change and particularly well-suited to growing in areas that experience high levels of food insecurity, the Northwestern team believes breadfruit could be part of the solution to the worsening global hunger crisis.

“Breadfruit is a neglected and underutilized species that happens to be relatively resilient in our climate change projections,” said Northwestern’s Daniel Horton, a senior author on the study. “This is good news because several other staples that we rely on are not so resilient. In really hot conditions, some of those staple crops struggle and yields decrease. As we implement strategies to adapt to climate change, breadfruit should be considered in food security adaptation strategies.”

Horton is an assistant professor of Earth and planetary sciences in Northwestern’s Weinberg College of Arts and Sciences, where he leads the Climate Change Research Group. Lucy Yang, a former student in Horton’s laboratory, is the paper’s first author. For this study, Horton and Yang collaborated with breadfruit expert Nyree Zerega, director of the Program in Plant Biology and Conservation, a partnership between Northwestern and the Chicago Botanic Garden.

Despite having “fruit” in its name, breadfruit is starchy and seedless, playing a culinary role more like a potato. Closely related to jackfruit, the nutrient-rich food is high in fiber, vitamins and minerals. In tropical parts of the world, people have been eating breadfruit for thousands of years — whether steamed, roasted, fried or fermented. Breadfruit also can be turned into flour, in order to lengthen its shelf life and be exported.

But because tropical regions are becoming warmer and wetter, Yang, Horton and Zerega wanted to see if climate change would affect breadfruit’s ability to grow.

To conduct the study, the researchers first determined the climate conditions required to cultivate breadfruit. Then, they looked at how these conditions are predicted to change in the future (between the years 2060 and 2080). For future climate projections, they looked at two scenarios: an unlikely scenario that reflects high greenhouse-gas emissions and a more likely scenario in which emissions stabilize.

According to Zerega, once established, a breadfruit tree can withstand heat and drought much longer than other staple crops. But the benefits don’t end there. Because it’s a perennial crop, it also requires less energy input (including water and fertilizer) than crops that need to be replanted every year, and, like other trees, it sequesters carbon dioxide from the atmosphere over the tree’s lifetime.

As climate change, the COVID-19 pandemic and Russia’s invasion of Ukraine exacerbate global food insecurity, the Northwestern team believes production of breadfruit and other neglected and underutilized foods could be scaled up to build more resilience in the global food system, while bolstering the biodiversity of food production.

The study, “Potential of breadfruit cultivation to contribute to climate-resilient low latitude food systems,” was supported by Northwestern University’s Office of the Provost.