Arctic cyclones have become more intense as the climate crisis has raised ocean and air temperatures at the northernmost latitudes. For the first time, scientists will be flying reconnaissance missions into those storms – much as other aircraft fly into hurricanes further south – to study how the storms form and what their impact is on the rapid decrease in Arctic Sea Ice. 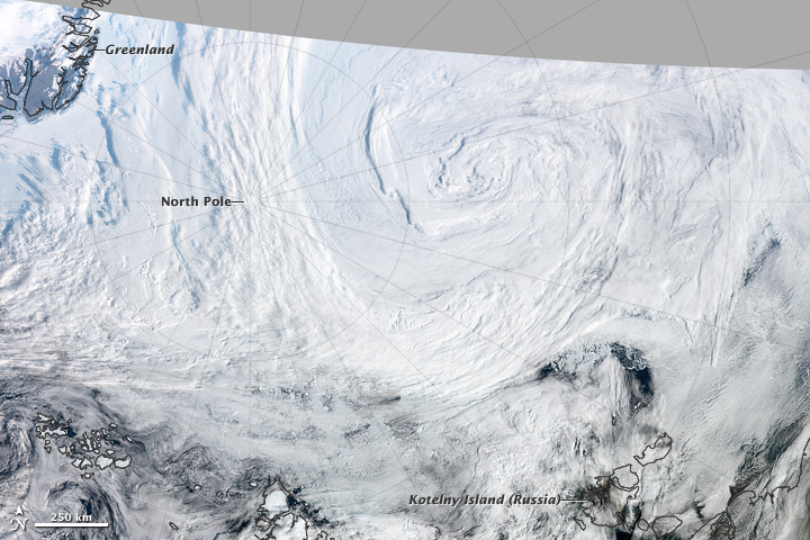 How summer Arctic cyclones like this one from August 2012 are formed and their impact on sea ice are major study areas for the aerial research project begun last month. This one was born out of two separate cyclonic systems which formed early that month, then merged to form one mega-storm which eventually spread out over much of the Beaufort-Chukchi Sea and Canadian Basin. Much of the time, such storms last less than two days; this one kept churning for over five days and reached peak sustained winds of 80 mph, making it a Category 1 hurricane. Satellite image taken August 10, 2012. Photo: NASA

The study will also evaluate how rapid ocean heating -- as the sea ice scatters and melts from one set of storms – can trigger even more powerful Arctic storms in a climate-threatening feedback loop.

This works identically to the way tropical hurricanes and cyclones grow in intensity in the presence of waters super-heated by the sun, but with one major difference. Among the debris shredded and literally thrown to the winds when there is an Arctic cyclone are pieces of precious sea ice. When that ice is gone it often will never re-form.

With multiple studies showing how the Arctic has been warming for well over a hundred years as greenhouse gas emissions aggregate in the Arctic atmosphere, and others showing that region's rate of temperature rise has been over four times that of the average heating of the rest of the planet for the last two decades, the presence and increasing intensity of Arctic storms is now more important than ever in understanding the health of the planet.

Understanding the behavior of Arctic cyclones may also help climate scientists understand more about how Arctic heat bubbles help trigger freezing cold polar vortex conditions as far south as the southern border of the continental United States. It was just such an Arctic heat bubble appearing in early January 2021 which caused subfreezing temperatures to crack water pipes, fracture the natural gas grid, and bring down power lines in Texas about six weeks later.

To evaluate all this, researchers under the direction of Professor John Methven, an atmospheric dynamics researcher at the University of Reading, have begun a series of 60 aerial missions using two aircraft to study Arctic cyclone formation and interactions on the environment this summer. This will create the most detailed physical picture yet of how the ice and ocean interact with the atmosphere above, in order to better simulate this in weather and climate prediction models. 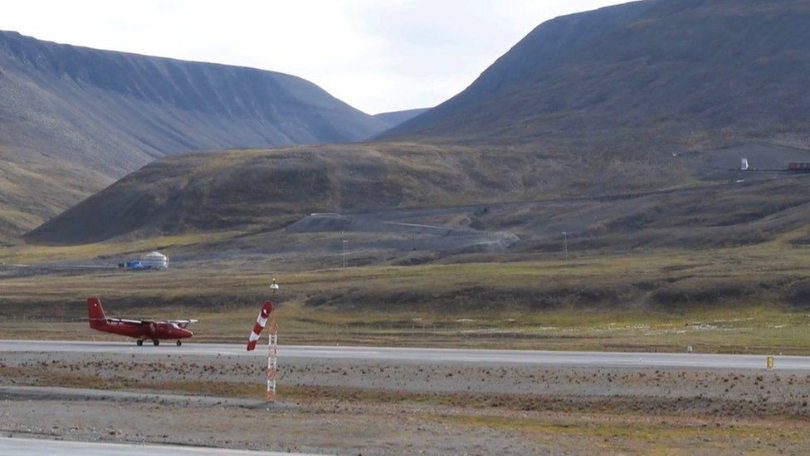 One of the two aircraft being used by the research team to study the Arctic cyclones. Photo: University of Reading

As a result of global warming, sea ice is becoming thinner across large areas of the Arctic Ocean in summer, year on year. This means that winds can move the ice more easily, which in turn can influence weather systems. This makes predicting changes to the Arctic environment difficult in both the short and long term.

The dramatic changes in Arctic ice are expected to become increasingly important for global climate, making it an urgent problem for study.

“Arctic cyclones are understood far less than those in temperate regions, making them even harder to predict,” said project lead Methven during an interview about the unique project.

“This project will examine Arctic summertime cyclones from above, below, and right in their midst. It will shed light on the relationship between sea ice and the atmosphere above, which will provide invaluable data to improve understanding of how climate change is affecting this globally important region.”

"These are major weather systems in the Arctic," Methven continued. "They can blow the ice around very rapidly and result in rapid ice loss." 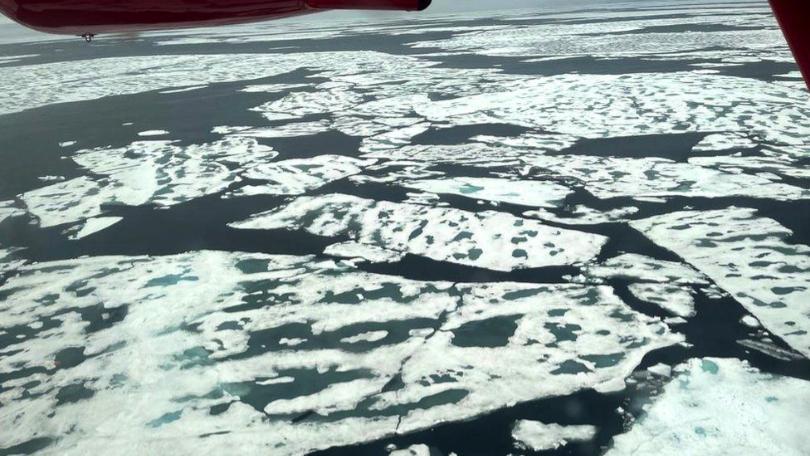 Arctic Sea Ice is already fragmented during the summer and prone to further breakup and disruption by the presence of Arctic cyclones. Photo from one of the aerial reconnaissance research flights already completed this summer. Photo: Professor John Methven, Lead for the Arctic Storm study, University of Reading

In addition to temperatures in the Arctic rising faster than anywhere else, the climate crisis has changed sea ice dramatically, making ice thinner and breaking it up, making it more susceptible to winds and storms.

Arctic summertime cyclones can measure as much as thousands of miles in diameter and can persist for several days or weeks, often moving south outside the Arctic circle. The impact of these storms can eventually be felt in much of the northern hemisphere.

Flights for the project began on 27 July and will run through 24 August. Strong northerly winds during the first week temporarily slowed sea ice retreat due to recent heat waves in the region. This and a forecast for an Arctic cyclone to track across Svalbard over the weekend have provided ideal conditions for the first flights.

A team of UK scientists are flying in the British Antarctic (BAS) Survey Twin Otter plane based from Longyearbyen in Svalbard, the most northerly town on Earth. The Natural Environment Research Council is funding the project team from the University of Reading, University of East Anglia, British Antarctic Survey, National Centre for Atmospheric Science (NCAS) and the Centre for Polar Observation and Modelling.

These low-level flights are taking place over the ocean and sea ice, and particularly over areas where sea ice is breaking up. They are simultaneously monitoring turbulence, heat and moisture in the lower atmosphere and taking detailed measurements of physical properties of the sea ice such as surface height, roughness, and temperature.

“British Antarctic Survey are proud to support this important research with our scientific and logistics expertise,” said Rod Arnold, Head of the Air Unit at British Antarctic Survey, about the mission. “It is essential that we provide the capability for researchers to study weather systems up close to understand our changing climate and the effect that it is having on the environment.

“Our Twin Otter aircraft and the experience of the crews in conducting flights supporting polar airborne science and logistics enable us to do this as safely and efficiently as possible in these missions.”

Professor Ian Renfrew, Professor of Meteorology at the University of East Anglia, added: “From our base in Svalbard, we will be investigating summertime Arctic Cyclones and how these weather systems interact with the sea ice.

Scientists from France and the USA are conducting additional flights in the SAFIRE ATR42 plane, which is equipped with radar and infrared sensors. These will take 3D measurements of the movement of clouds and the droplets within them from above during cyclone conditions.