A new study has revealed that the total forest area on the planet has dropped by 81.7 million hectares (0.32 million square miles) since just 62 years ago. Incorporating the rise in population since that time as a factor, that works out to 60% reduction in forest coverage per person. 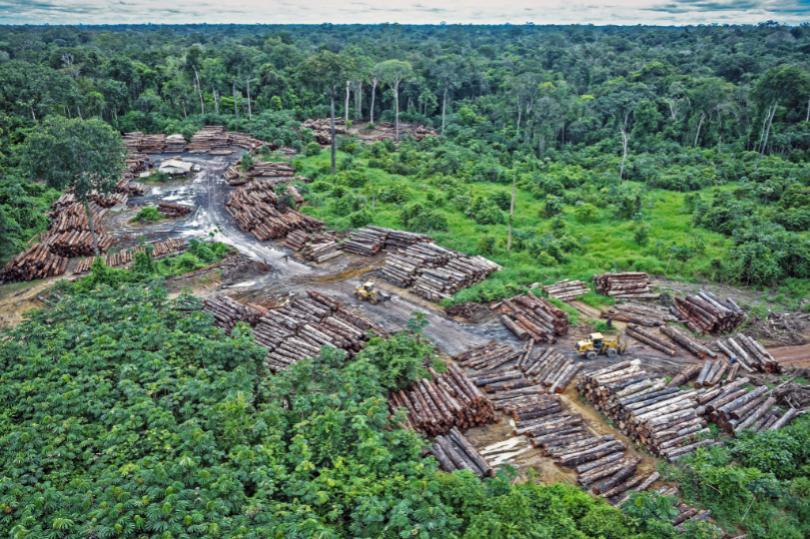 A 2018 image showing illegal logging on Pirititi indigenous lands in the Amazon rainforest in 2018. Out-of-control logging is just one of many causes of the rapid destruction of the rainforest there. Photo: quapan, CC

The research, published in the journal Environmental Research Letters, used a variety of sources to determine that despite new forest growth of 355.6 million hectares since that time, deforestation mostly deliberately caused by humans to clear for agricultural land, mining, illegal logging, and more, amounted to 437.3 million hectares during the same period.

Agriculture is the number one cause of deforestation around the globe, mostly for meat production. 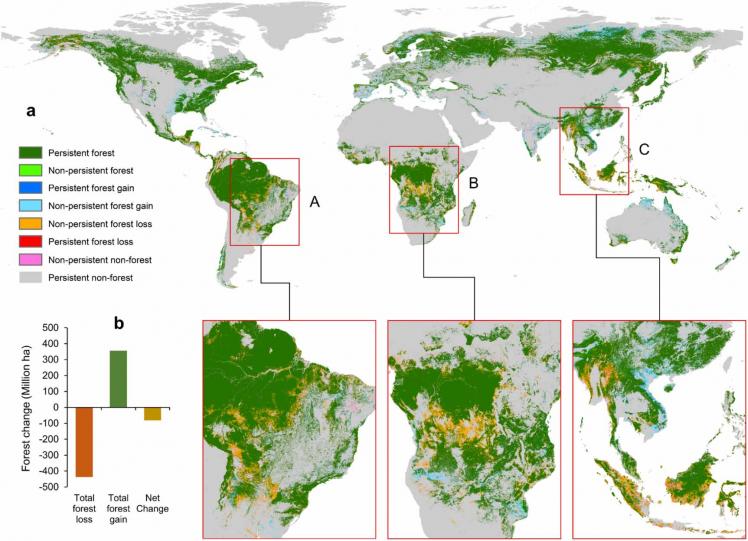 According to the United Nations Environmental Programme, forests today, which cover roughly one-third of the Earth’s surface, provide home habitats not just for some 60,000 tree species but also for 68% of all mammal species, 75% of all bird species, and 80% of all amphibian species. With 81.7 million less hectares than in 1960 and with deforestation accelerating, more of these species will perish without functioning ecosystems surrounding them to support their ability to thrive.

Forests are also of paramount importance as sinks to absorb carbon dioxide emissions and thereby slow the pace of global heating and the climate crisis.

But as the UN notes, human beings have caused major alterations of three-quarters of the land surface, with forests being a part of those changes. That change is only accelerating faster as the human population has grown from 3 billion in 1960 to 7.7 billion in 2019, with deforestation rates directly tied to that population explosion.

While the net deforestation of the planet is a serious issue, an even more shocking statistic determined by the researchers for this study is that, on a per capita basis, the amount of forest area on the planet has dropped from 1.4 to 0.5 hectares per person between 1960 and 2019. Since we as human beings also depend on the presence of those forests for our survival as well, as part of an integrated world we share with all living things, this shows how rapidly we are destroying our resources.

As the research team lead by Ronald Estoque from the Center for Biodiversity and Climate Change, at Japan’s Forestry and Forest Products Research Institute (FFPRI) noted, “The continuous loss and degradation of forests affect the integrity of forest ecosystems, reducing their ability to generate and provide essential services and sustain biodiversity.”

“[Deforestation] also impacts the lives of at least 1.6 billion people worldwide, predominantly in developing countries, who depend on forests for various purposes,” they continued.

There is a reason that nature covered most of the planet with forests. They are essential to bio-diversity and a healthy planet. They cool the planet, create rain and are an essential part of the carbon cycle. Destroying forests is not just a crime against nature, it is ultimately suicidal.

The paper outlining these latest findings, “Spatiotemporal pattern of global forest change over the past 60 years and the forest transition theory,” by Ronald C. Estoque, et. al., was published on August 1, 2022, in Environmental Research Letters.