The government of Ireland finally did what most nations will eventually have to do to make any major reductions in greenhouse gas emissions. They picked the right target, made achieving it law, and fought off the lobbyists in the process. 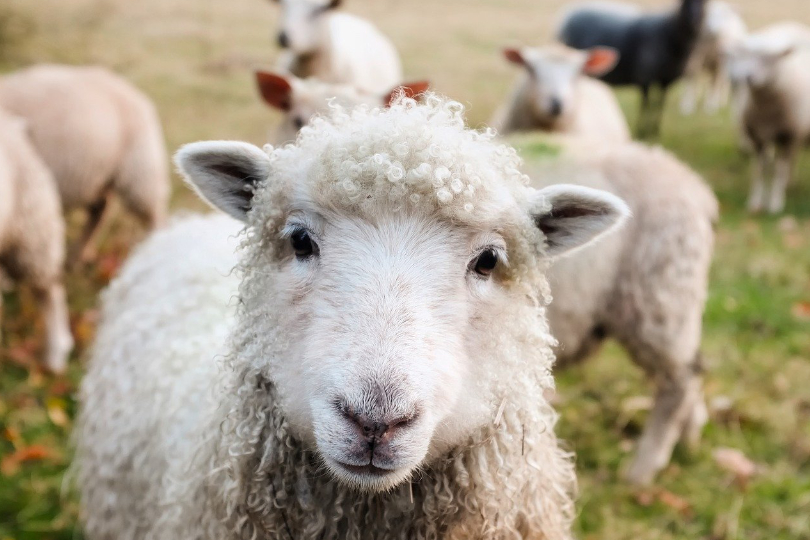 Irish sheep are among the many forms of livestock which must be culled in order to meet the Irish government's new emissions targets. Photo: Image by David Mark from Pixabay

Just under 1% of Ireland’s GDP comes from agriculture, 38% from industry, and 55% from goods and services.

Yet despite such a low contribution to the economy, agriculture in all aspects, including traditional farming as well as raising livestock, contributed 37.5% of all greenhouse gas (GHG) emissions in the country in 2021. Coming in at a distant second and third were transportation at 17.7% and the energy producing sector at 16.7%, both of which are the common first places most countries look at as they are attempting to cut emissions.

Of all countries in the European Union, Ireland has the highest percentage emissions from agriculture. The average GHG contribution from farming for all of the EU is just 11%. 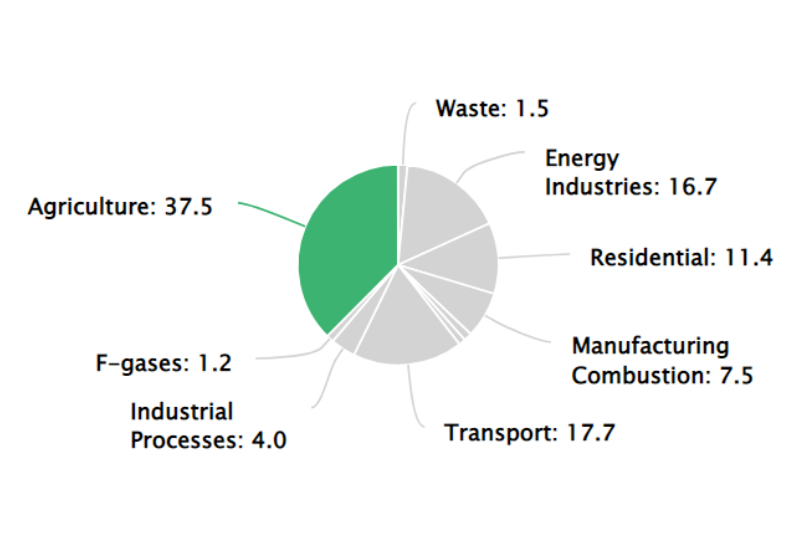 Like most parties to the Paris Agreement on Climate Change, Ireland has pledged to cut carbon and other emissions to slow the pace of the climate crisis. Also like others, it has struggled on how to do that in a democratic government heavily influenced by lobbyists and other special interests. It has also seen its greenhouse gas emissions continue to rise despite past attempts to encourage and force cutbacks, with total GHG output rising 4.7% on a year-to-year basis from 2020 to 2021.

Ireland has for many years also missed any emissions reductions targets it had set in the past.

Unlike other countries, however, Ireland just decided to take more drastic action to do its part to save the planet.

On July 28, the Irish coalition government announced a series of legally mandated measures, with the goal of radically reducing the country’s total emissions by 51% by 2030. Within those mandates is a requirement to cut agricultural emissions by 25%.

The country’s coalition government announced the new plan after weeks of arguments involving the usual suspects in such matters. Politicians fought mostly with the objective of keeping their seats by not disappointing their constituents. Farm lobbyists weighed in heavily, arguing its long history for millennia, even before current governments were in place, as integral to the fabric of society and as the ultimate guarantor of food security.

They were not alone in their lobbying. Other sectors were fighting to lower their emissions cut targets as well. In the end the final farming GHG cuts of 25% were established as a negotiated settlement between a maximum of 30% demanded by non-agricultural interests and 22% the farmers were hoping for.

The new binding emissions reductions targets include a 50% cut in GHG in the transportation sector, 40% from the commercial and public buildings area, and industrial reductions of 35%. As those areas take stock of what will be required to meet their mandates, they will have major challenges ahead as well.

All reductions targets are required to be in place by 2030. Added together, they are still expected to miss the overall 51% goal, but the government is working on other solutions, some technical in nature, which may help lower emissions reductions further.

For agricultural interests, the implications of the new 25% emissions reduction plan are serious. With over 60% of the greenhouse gas emissions in the sector coming from livestock, the number of sheep and cattle will have to come way down. That has serious implications for the Irish meat, wool, and dairy industries.

Even as the agreement was announced, the voices warning what was about to happen ramped up quickly.

The Irish Creamery Milk Suppliers Association declared the required reduction plan constituted a “sellout”. It said many farms would have to shut down as a result.

“This is a potentially devastating blow for Irish farming and the rural economy,” said Tim Cullinan, the head of the Irish Farmers’ Association (IFA). He said this single decision could bring down the current government.

Though the fight is far from over on implementing the emissions reductions plans, the Irish government should be recognized for having taken a tough stand on what it must do to rein in emissions. However, it has failed to educate its population on the threat of climate change and the necessity of change and it has not providing a clear road-map to climate adaptation and prosperity. Because of that, opposition to the new measures will grow, regardless of how necessary and well intentioned they are. The same is true in other countries trying to reduce the harm from their own agricultural sectors. The Netherlands has ignited an international farmer rebellion in its efforts to reduce its farming sector's nitrogen pollution.

This leaves thinking people to think for themselves, but it is really difficult to find accurate, unbiased information.

We at Trillions are committed to truth and continually research a wide array of subjects from multiple perspectives. We are mature scientists, engineers, entrepreneurs and deep-thinkers who continually seek to understand deeper truths and communicate that information in meaningful ways.