The largest food market in the world, the Central de Abasto in Mexico City, is about to become the site of the biggest solar installation in this urban hub with 12.3 million people. 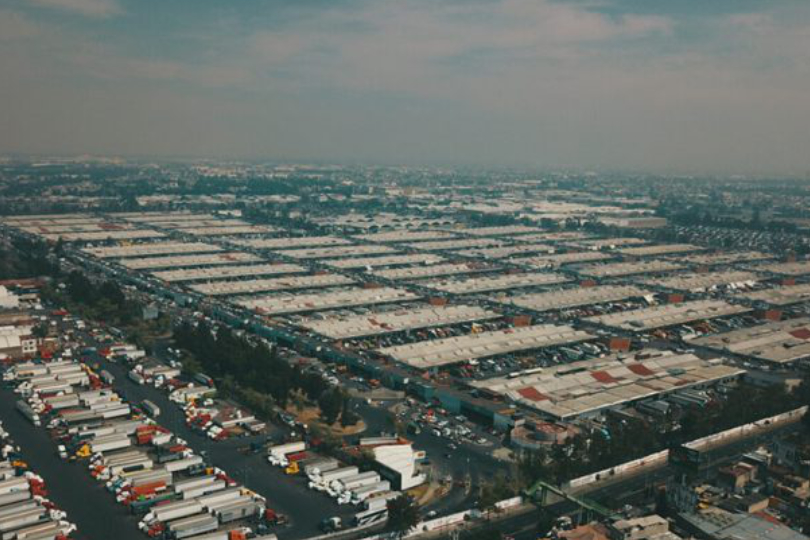 Mexico City's Central de Abasto food market in the world is getting retrofitted with solar panels to completely free it from the need for any fossil-fuel generated electrical power. Photo: Centro Urbano, via Twitter

The Mexico state-owned Comisión Federal de Electricidad (known mostly by its initials, CFE, or Federal Electricity Commission in English) is designing the project, which will eventually produce 18 MW of energy.

It will add considerably to Mexico’s overall total solar power capacity when complete. Currently solar power provides just 5% of the country’s electrical needs. While that is small, it is still larger than the United States’ meager supply of just 3% of its total electrical power needs via solar.

The site of the project, the Central de Abasto, is itself a landmark of major proportions for the city even without the solar power component. Opened four decades ago, the market was built on former farmland with the goal of easing urban traffic congestion. Since then, the market has expanded over to house over 2,000 vendors providing high quality fresh vegetables, fruit, meat and other food products, all targeted at supporting just the metropolitan area of Mexico City, currently the fifth-most-populated urban center in the world. The 328 hectares (810 acres) market, all located on one site and equivalent in size to about 400 soccer fields, is responsible for daily sales of 30,000 tons of food products. That works out to approximately 80% of the city’s daily food consumption.

Half a million people travel to the market every day, mostly from within Mexico City itself.

The project is rolling out in two stages. The first, which will provide less than 10% of the project’s total energy output, will set up two distributed PV power generations to service the market’s important warehouse and storage area.

The second phase of the solar power system rollout begins construction next May. When complete, this part of the project will produce 17 MW of power and provide energy needs for 200 of the market’s vendor stations.

The entire project is projected to complete construction and be online by the end of 2023. When all is in place, the solar power system will incorporate 36,000 separate photovoltaic units. The panels will be installed atop the roofs of the commercial warehouses at the Central de Abasto.

During her announcement, she said this was the single largest solar power installation in the nation’s capital. She also said that when the system was up and running – and conventional power sources previously used for the market switched off – the plant would reduce total carbon emissions there by 790 tons.

CFE will manage and operate the solar power network for the market after it is complete.

The estimated full cost of the project is 400 million pesos (approximately USD $20 million).