Food Shortages Due to Climate Crisis Most Severe in Tropical Communities

In the first major research study focusing on the impact of the climate crisis on coastal communities in the tropics, scientists report nations in these warmer regions will suffer more than most because of their dependence on fishing and agriculture for economic stability and food. 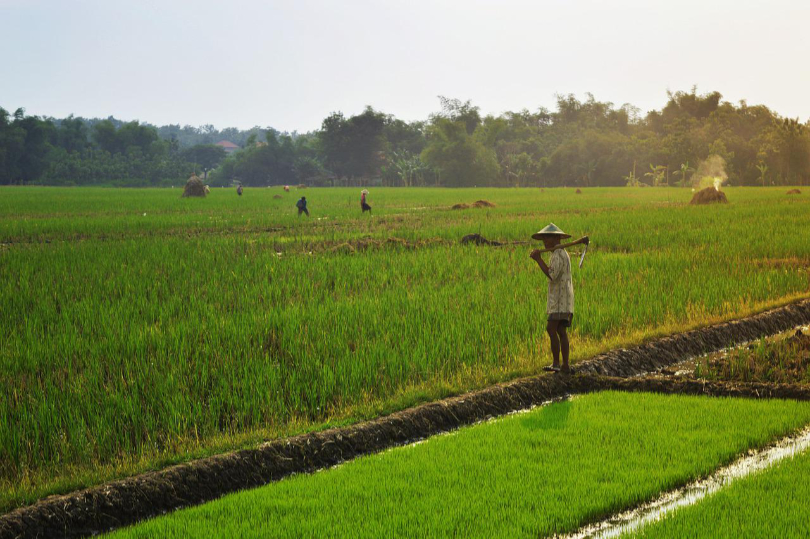 Rice paddies in Indonesia. These are examples of some of the tropical farms which will suffer most as global heating and the climate crisis intensify. Photo: Image by Erlian Zakia Ayu Anggarani from Pixabay

The research, the first of its kind which focused on economic and food scarcity issues in the tropics, was led by scientists at the Australia Research Center (ARC) for Coral Reef Studies at James Cook University in Townsville, Australia; the Department of Marine Affairs at the University of Rhode Island; and with assistance from multiple scientific affiliates such as the Institut de Ciències del Mar (ICM-CSIC), one of the most important marine research institutes in Southern Europe and the Mediterranean.

The study examined the current and projected impacts of global heating and the climate crisis, both directly from heat and from secondary effects such as extreme weather, ocean warming, and sea level rise caused by glacial melting around the globe. It did so by analyzing that impact on 72 communities located in five countries in the Indo-Pacific and coastal African regions, areas which have already been identified as at risk as the normal seasonal monsoons they depend on to provide water for agriculture, drinking, bathing, cooking, and sanitation.

The five countries selected for the study were Indonesia, Madagascar, Papua New Guinea, the Philippines, and Tanzania.

To carry out their analysis, the researchers brought together two very different sources of information to assess the food scarcity risks in the communities. One was a series of socioeconomic surveys of 3008 households to gather raw empirical data about how the climate crisis was affecting each location. A second was the creation of multi-model computer simulations based on several different climate crisis scenarios.

The analysis included cross-checking of model projections under both a high (SSP5-8.5) and a low (SSP1-2.6) emissions scenario.

The study shows that even a somewhat conservative mean temperature rise for these tropical coastline areas could yield a loss of up to 200 plant growing days per year by the end of the century. Besides that, global heating of the oceans and other considerations under the same conservative temperature rise is projected by the scientists to result in sufficient marine migration and extinction events to cause fishable biomass along the coasts to drop by up to 40%, depending on the region.

With further consideration of monsoonal rainfall reductions, plus more intense and frequent cyclones along these coasts, both of which were not included in detail for this model, increased drought of a relative scale, in places normally used to far more rainfall than they will experience in the future, and damage to delicate shoreline ecosystems, will likely produce even more serious long-term damage to the fishing and agricultural production of these areas.

Another factor not accounted for in these studies is coastal aquifer collapse as a result of heat and drought. That will directly contribute to further crop losses in these areas. Indirect effects such as saltwater intrusion from the oceans as the freshwater stores deplete will cause further damage to agriculture.

As the researchers tallied their results, they reached three key conclusions for these 72 tropical coastal communities in the five countries surveyed. They are:

Impacts on fishery areas along these coasts are likely to be far more serious than agricultural losses. Related to this is that the researchers state found that even if some 28% of the marine areas were “protected” in some ways to minimize losses, that would only increase “food provisioning” from those marine areas by 5.9 million tons, which works out to only 6.9% of the 84.4 million tons total marine fish capture for food in 2018. In short, a major marine protection program would do little to help.

Some of the tropical coastal communities surveyed will be hurt by a “double burden of losses to fisheries and agriculture” simultaneously. Some climate crisis mitigation solutions, both in the marine waters and by moving to agricultural methods and/or crops which require less water, could ease those burdens to some extent.

The most seriously affected of these coastal communities will be the ones which are of a lower socioeconomic status than others. While that is not a surprise, it is a reminder that as global heating and the climate crisis become more severe, the wealthiest communities in these regions will affected less by the economic impacts of the lower agricultural and fishery yields to come.

The research study summary, “Potential Impacts of climate change on agriculture and fisheries production in 72 tropical coastal communities”, by Joshua E. Cininer, et. al, was published in the 5 July 2022 issue of Nature Communications.