The U.S. is Short-Changing the Green Climate Fund While Increasing Emissions

In 2010, the United Nations created a means for member nations to pool money to help countries accelerate their move to renewable energy. The U.S. is the most grossly negligent of all nations in following through on its commitment to contribute to that fund. 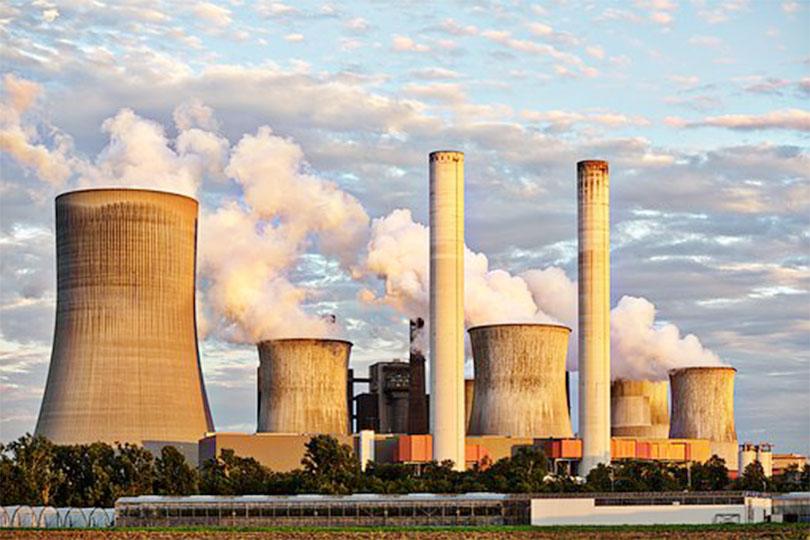 The Biden administration is continuing to shirk its responsibilities -- via payments into the UN's Green Climate Fund -- to help countries outside the U.S. to move away from fossil-fuel burning power plants like these. Photo: Image by Benita Welter from Pixabay

The rationale for the fund’s existence is all about developing nations everywhere attempting to become more industrialized. That requires more roads, railways, factories, and power plants. For most of those nations, the energy source which powers all of that typically comes from fossil fuels, often including coal and petroleum-based fuels with poor emissions control capabilities.

The countries involved are challenged enough just to provide power by those traditional means, which are already contributing to far higher fossil fuel emissions and at a time when those emissions need to be cut back as quickly as possible, to slow the pace of global heating. To shift to renewable sources such as solar and wind is simply too big an additional expenditure for these nations. They and the world are then stuck with a slow transition to a future without fossil fuels.

The Green Climate Fund (GCF), a financing vehicle created by the United Nations twelve years ago, was designed to help those nations jump — rather than slowly transition — to a future with a high portion of those countries’ energy needs fulfilled using cleaner energy. It was set up by joint action of 194 countries.

As an example of what this money can do, just two months ago India, a country stuck with coal-fired thermal power plants for over 75% of its electrical power mostly because it is also the second largest producer of coal, came to the Green Climate Fund to find a way around its dependence on coal. It ended up setting up a $1.5 billion line of credit with the GCF, which it will use to deploy a mix of new renewable energy options. Estimates suggest the planned use of that money will eliminate 9.5 million tons of carbon emissions from the country’s output — that is if the money is not siphoned off by India's ruling class.

The money for the GCF comes principally from developed nations. They have been called to pay into the fund because they are wealthier, and because they historically have been far bigger carbon emitters. For the second reason alone, it is understood they have an obligation to help the rest of the world shift away from fossil fuels, as payback for having put us in this climate crisis.

The U.S. fits both those criteria. It has the largest Gross Domestic Product of any nation in the world. Over time, it also has produced more carbon emissions than any other country. It also remains the second largest carbon emissions producer in the world, with 4,713 metric tons of CO2 released in 2020 into the atmosphere out of a global total of 34,807 metric tons of CO2 emitted. Number one is China, with 10,668 metric tons. Number three is India, with 2,442 metric tons. (The emissions data is provided by The Global Carbon Atlas.)

In the first years after the Green Climate Fund was set up, the United States had done nothing related to this fund. In 2014, it finally agreed to pledge $3 billion for the fund, a paltry enough sum considering the damage the U.S. is responsible for in creating the climate crisis. But it at least it was a start.

Since that time, the U.S. has reneged on that commitment. To date, it has paid only one-third of what it had promised, just $1 billion. That happened while Barack Obama was president. Since the pledge was made back in 2014, the U.S. has spent more than $5 trillion on it's war industry.

When first plans for funding the GCF were made in 2009, the wealthiest nations in the world – not including the United States – pledged to put up $100 billion annually for developing nations to begin drawing on by 2020. That global promise has not been achieved either, with just $8.28 billion paid from those pledges in the first ten years of the fund’s existence.

Of the overall global funding shortfalls, that of the U.S. is the most shameful, once again because it has the means to contribute far more and even beyond the $3 billion pledge, and because it continues to pump damaging greenhouse gas emissions into the air at record rates.

Since Obama left office, the U.S. has made no further contributions into the GCF, despite its pledge obligation and Team Biden's public stance on combating the climate crisis.

Donald Trump refused even to try to get Congress to authorize the money, claiming that the climate crisis was a hoax and a Chinese conspiracy. His regime made its energy focus on allowing the fossil fuel industry access to more federal public lands, drilling into the once-pristine Arctic region, increase pollution, and continued dirt-cheap lease rates for its public access leases everywhere.

Since Joe Biden took office, despite campaign pledges to do something big about the climate crisis, his attempt to raise $1.6 billion for the GCF during his first year in office failed due to his gross incompetence and hidden agendas. He has added it to his wish list to plug into bills in 2022 as well but is not expected to do any better this year.

After mid-term elections are over, with Republicans widely expected to win back the Senate and maybe the House, dementia-ridden Biden may have even less chance on making good on its earlier commitment to the GCF.

This is despite that Biden and the U.S. seem to have no problem sending many tens of billions of dollars in war aid to Ukraine, a conflict which despite its current severity will eventually fade as time passes. The most recent bill passed on this was another $40 billion, passed in Congress and signed off by Biden in May.

Yet again, even a minor $1.6 billion towards saving the world from the climate crisis just could not be spared.

Even more astounding is that despite the U.S. default on its commitments to the GCF, it remains able to block climate-related projects as a member of the board governing requests on a veto-like basis, and for patently political reasons. In 2019, for example, it refused to authorize funding to treat wastewater in Gaza, a plan which would have eased demands for the existing aquifer and helped support agriculture in the region. Every other nation on the board of the GCF approved the plan, but the U.S. vote against it, because it would have angered its Israeli masters.

The U.S. has used that authority on the GCF to block other climate-related projects intended to help Cuba. Once again, politics trumped logic or humanitarian concerns.