Scientists from four Singapore research institutions announced they have developed a means of removing phosphorus, a common but dangerous component of wastewater linked to washing agents and agricultural chemical runoff, even when the wastewater is 25° C (77° F) or warmer. Such an innovation could prove critical as global heating due to the climate crisis accelerates. 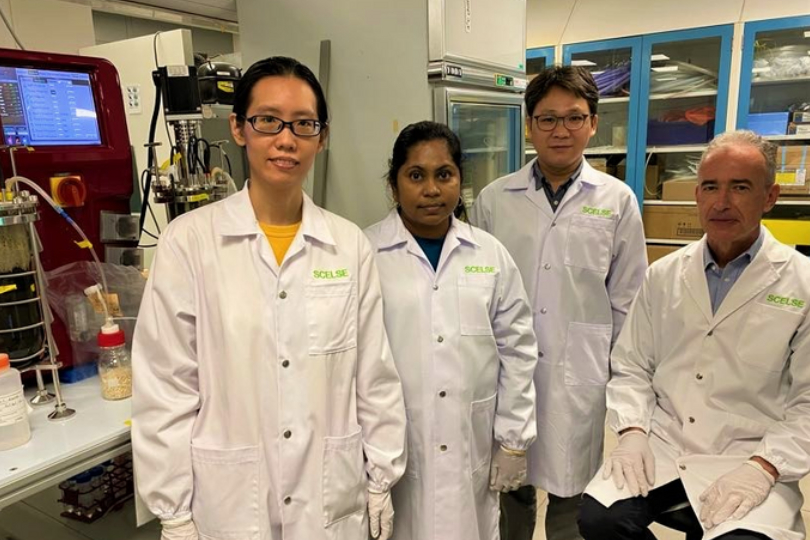 Conventional approaches to reclaiming the phosphorus have never been able to accomplish this. But until recently, mass wastewater treatment techniques could be carried out outdoors for much of the year in most major agricultural regions, with no worries about the wastewater exceeding that 25° C (77° F) transition temperature.

As the climate crisis has pushed global temperatures higher, the situation has changed, rendering past means of removing phosphorus ineffective.

The new wastewater innovation which has arrived just in time to address this was developed by a team of scientists from the Singapore Centre for Environmental Life Sciences Engineering (SCELSE), Nanyang Technological University, Singapore (NTU Singapore) and the National University of Singapore.

The challenge for the researchers was to find a means of isolating the phosphorus in the wastewater during the treatment process. The solution involves the use of a specific bacteria to sequester the chemical.

The bacterial genus used for this, Candidatus Accumulibacter, is not harmful to humans or the environment and removes phosphate from wastewater and stores it internally as polyphosphate granules. The scientists say their method could be used in laboratory-scale reactors and full-scale treatment plants.

Removing phosphorus from wastewater before discharging it into bodies of fresh water is important, as its presence can result in an algal bloom, which is a rapid increase in the population of algae. Algal blooms severely lower oxygen levels in natural waters when the algae die off and sometimes result in the release of high levels of toxins, killing organisms that live within the waters it affects. In Singapore, wastewater is treated at water reclamation plants located near coastal areas before it is discharged into the sea.

Unlike other methods, the SCELSE-developed method to remove phosphorus from wastewater does not involve chemicals, such as iron and aluminium coagulants. These methods produce a large volume of inert sludge that needs to be treated and disposed of afterwards.

In experiments to test their idea, the researchers set up experimental reactors for a wastewater-bacteria cocktail which was enriched to increase the bacteria content. These reactors were able to raise the wastewater temperatures to from 30°C (86°F) to 35°C (95° F) in a controlled environment, where those controls included keeping the mixture’s pH neutral. Within just a six-hour cycle, the bacteria had completely absorbed the phosphorus, rendering it easily removable from the rest of the wastewater.

Over a testing period of over 300 days in a laboratory setting, they found that there was consistent removal of phosphorus, coping with the daily infusions of fresh wastewater that contained the element.

The scientists will be carrying out further research to further improve the efficacy of their method. They are also looking towards using the bacteria to capture and store phosphorus, which some experts believe could be depleted globally within 50 to 100 years.

NTU Professor Stefan Wuertz, Deputy Centre Director of SCELSE, who led the study, said about the team’s breakthrough, “We have shown that phosphorus could be stably removed in Singapore’s water reclamation plants even as we expect global water temperatures to increase further. Employing a slow-feeding strategy and sufficiently high carbon input into biological reactors, we effectively limited the carbon uptake rates of competing bacteria. This allowed Accumulibacter to flourish and benefited a stable and efficient process, representing basic conditions suitable for future full-scale treatment plants. This will help Singapore and other countries experiencing high water temperatures to prepare for the effects of climate change.”

“Nearly all the phosphorus that farmers use today, and that we consume in the food we eat, is mined from a few sources of phosphate rock, mainly in the United States, China, and Morocco,” added Wuetz. “Our solution could not only help future-proof biological phosphorus removal, but also store the element and then re-introduce it into agricultural systems.”

The solution which the team developed to remove phosphorus in hot wastewater treatment environments, “Global warming readiness: Feasibility of enhanced biological phosphorus removal at 35° C”, by Guanglei Qiu, et. al, was published in the journal Water Research in March 2022.