Arctic Warming 4X Faster Than Overall Rest of the Planet

Two just-released analyses show the Arctic is both heating at a rate four times faster than the world as a whole, and has ozone depletions which have created other unusual weather phenomena. 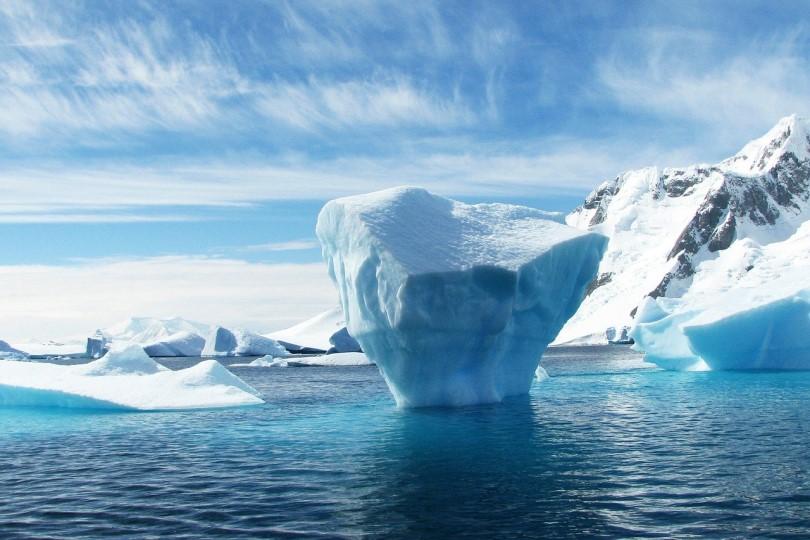 New research shows the Arctic has been heating up four times faster than the rest of the planet, and that ozone depletion over the North Pole is responsible for more drastic weather effects in the northern hemisphere than previously known. Photo: Image by 358611 from Pixabay

The first of these, a study led by Petr Chylek, a physicist and climate scientist at Los Alamos National Laboratory, discovered as part of a new climate model, that there had been two large jumps in Arctic temperatures during the last fifty years that almost all other climate models had missed.

The reason the new models discovered these shifts was by narrowing the time intervals being surveyed and averaged, from the usual 30 years to a shorter 21 years.

“Thirty years is considered the minimum to represent climate change,” Chylek said in commenting about the new results. “We decreased the time interval to 21 years. At that smaller time scale and, contrary to previous investigations that found the Arctic amplification index increases in a smooth way, we observed two distinct steps, one in 1986 and a second one in 1999.”

Only 4 of 39 climate models caught the first step in 1986. None of the previous approaches was able to identify the 1999 model.

The scientists believe the 1986 jump was related to a larger-than-usual increase in greenhouse gas emissions in the early 1980s. The second seems related to climate variability in the atmosphere, perhaps caused by interactions with other events such as sea-ice and water-vapor feedbacks with the atmosphere.

What the researchers found happened after the 1999 jump is that, in the 21 years since that time, Arctic temperatures rose at a rate four times higher than the planet as a whole. The implications from this alone are substantial, including far more rapid sea ice melting than previously understood. It all suggests the rate of overall climate change has been much faster than had been known before this study.

The second study, carried out by scientists at ETH Zurich, demonstrates how the annual ozone depletion in the Arctic every spring is responsible for the propagation of unusual weather events and sustained patterns in the northern hemisphere. When that depletion is larger than normal, the impacts can be significant.

The study showed two such significant ozone depletion events happened in the 21st century, one in the spring of 2011 and another in 2020.

When those ozone events happened, in Siberia and elsewhere in Russia, the lack of ozone correlated with unusually dry and warm conditions. Switzerland was also affected by similar weather conditions. Elsewhere in the world, far wetter conditions played out.

The scientists involved in this study believe the polar vortex that occasionally forms starting in January in the Arctic may be connected with the same events.

Past climate models could not make sense of why this might happen.

To understand the possible connection between the ozone depletion and these unusual weather patterns, a research team headed by Thomas Peter, Professor of Atmospheric Chemistry at ETH Zurich, including doctoral student Marina Friedel and Swiss National Science Foundation Ambizione Fellow Gabriel Chiodo at the university, created a new model for climatic interactions which for the first time considered stratospheric ozone levels in the computations.

What they found was that when conventional “pure physical” information was considered, the weather anomalies did not show up in the outputs. When the stratospheric ozone information was added, the models correlated well.

The explanation the researchers have for what they discovered is that ozone destruction is connected to extreme cold conditions in the Arctic.

“Ozone destruction occurs only when it is cold enough and the polar vortex is strong in the stratosphere, about 30 to 50 kilometers above the ground,” commented study co-author Marina Friedel.

Under typical circumstances, the presence of ozone absorbs UV radiation coming from the sun. That warms the stratosphere and can dissipate the initial formations of polar vortices. With less ozone comes less warming and the polar vortices which result can become far more intense.

Friedel and Chiodo said the new stratospheric ozone models they have developed should aid in predicting not just Arctic climate change but also the impact of those changes on the rest of the world far more accurately.

Both research modeling breakthroughs, including the discovery of the much faster Arctic heating rate in the 21st century, and the impact of ozone depletion on weather in the northern hemisphere, demonstrate more basic research needs to continue to better anticipate how the climate crisis will shape our future, and how fast.