Attilio Fontana, the president of Lombardy, said the drought was the worst the region had ever experienced. The consequences of the Po valley drought on agriculture are estimated at more than €3 billion. 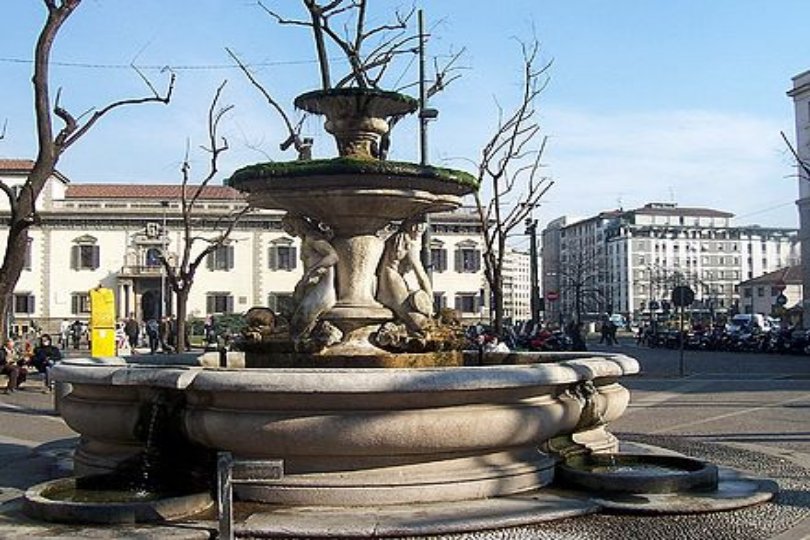 Faced with an acute water crisis, authorities in Milan have started turning off all public fountains and warned of daytime water rationing. Currently, Italy is battling one of its worst droughts in decades.

The move comes in the wake of imposing a state of emergency on the wider Lombardy region. The authorities have targeted almost half of Milan’s 100 decorative fountains. While several of these fountains were turned off the last weekend, the remaining will be switched off shortly.

However, the authorities have exempted fountains that host fish and plants along with those specified as drinking fountains.

At the same time, all residents in Milan, a business and fashion hub, have been asked to reduce water use to the least possible water at home. The inhabitants and business owners have also been directed not to set their air conditioning units below 26°C to conserve energy. This decision was taken after several parts of Milan were hit by power cuts last week. The authorities believe that a surge in the use of air conditioners amid high temperatures is responsible for the power cuts.

Beppe Sala, Milan’s mayor, said, “We must take action and we believe it is right to do our part.”

Currently, Italy is experiencing an intense, long-drawn-out heatwave with temperatures forecast to go beyond 40°C in many parts of the country by the end of this week.

The northern regions of the country have especially been hit hard by drought. In the northern regions, a parched Po River, Italy’s longest waterway, is wreaking havoc on everything from farming and hydroelectric power to drinking water supplies.

According to Fabrizio Curcio, the chief of Italy’s civil protection department, the water level in Po was up to 80% lower than normal because rainfall is 40-50% beneath the average in recent years and snowfall being down by 70%.

The drought has now spread to the Arno River in Tuscany and the Tiber and Aniene, both in Lazio. As a result, many lakes in the region, including those in the north, are drying up fast.

Curcio said the authorities may announce a state of emergency in other regions as the government established anti-drought measures, which may include daytime water rationing in some areas. Nightly restrictions on water use are already in place in several northern towns, while many are dependent on having water supplies brought in by truck.

Attilio Fontana, the president of Lombardy, said the drought was the worst the region had ever experienced.

Fontana signed an emergency decree Friday, though the text was published on Monday. It will remain in force until at least September 30.

In a statement, the regional government said it would turn off public fountains in Milan except for those providing drinking water or public fountains that are home to fish or aquatic plants. It also recommended cities use water in “an extremely thrifty, sustainable, and effective way, limiting consumption to a bare minimum.”

The regional decree also called for limiting water use for non-essential activities such as washing roads and building exteriors as well as the irrigation of public parks and sports facilities.

The consequences of the Po valley drought on agriculture are likely to be more than €3 billion ($3.2 billion), the farmers’ association Coldiretti said.