A new study documented a disturbing trend in the rainforests of Australia where the lifespan of trees has halved over the last 35 years, possibly due to the effects of climate change on the ecosystems. 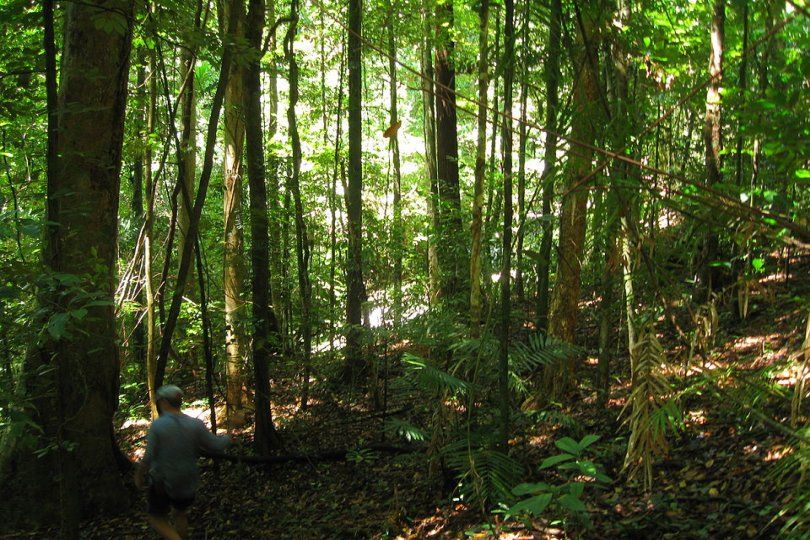 Tropical forests have always been among the among the best defenses of the Earth against rising carbon dioxide levels. However, ecologists are now worried that the ability of tropical forests to act as carbon sinks will diminish and ultimately reverse with continued global warming, as trees are stressed by heat and drought die and release their carbon.

A new study reveals that trees live approximately half as long as they used to. Following an extensive analysis of data records from the rainforests in Australia, researchers from Smithsonian Environmental Research Center, Oxford University, and the French National Institute for Sustainable Development (IRD) found that this trend was widespread across species and locations in the region.

The research suggests that climate change may have caused tropical and rainforest trees to die more quickly since the 1980s. Findings of the study published in the May 18, 2022, edition of the journal Nature reveal that tropical trees in Australia's rainforests have been dying twice as quickly as they did before the 1980s. The findings of the study state that global warming is responsible for the increased drying effect of the environment, which may have doubled the mortality rate of tropical trees over the past four decades.

According to the researchers, the average mortality rates of trees in these forests have increased more than twice since the 1980s, and this is consistent across species and sites throughout the region. With these rainforests acting as serious carbon sinks, the consequences will be devastating for the planet, creating a feedback loop caused by global warming and contributing to it.

"The sustained doubling of mortality risk would imply the carbon stored in trees returns twice as fast to the atmosphere,” ecologist and lead author Dr. David Bauman from the University of Oxford, the UK, said.

The international team of researchers collected over 70,000 data points of 24 different forest plots from existing records to put together the study. The earliest information dates back to 1971, which enabled the team to track tree deaths over a prolonged period. According to the researchers, atmospheric water stress caused by global warming is responsible for the increase in the mortality of trees in general.

The authors of the study drew a parallel between the stress experienced by rainforests and what is happening to the Great Barrier Reef – another delicately balanced ecosystem struggling with higher temperatures.

“The likely driving factor we identify, the increased drying power of the atmosphere caused by global warming, suggests similar increases in tree death rates may be occurring across the world’s tropical forests,” says Professor Yadvinder Malhi from the University of Oxford.

Sean McMahon, the Senior Research Scientist at Smithsonian and senior author of the study, observes, “Many decades of data are needed to detect long-term changes in long-lived organisms, and the signal of a change can be overwhelmed by the noise of many processes.”

Dr. Bauman and Dr. McMahon emphasize that they not only found increased mortality of trees, but this increase seems to have started in the 1980s, hinting that the Earth's natural systems may have been responding to changing climate for decades.”

Malhi emphasized, “Our work shows if you look shoreward from the Reef, Australia’s famous rainforests are also changing rapidly. Moreover, the likely driving factor we identify, the increased drying power of the atmosphere caused by global warming, suggests similar increases in tree death rates may be occurring across the tropical forests everywhere. If that is the case, tropical forests may soon become carbon sources, and the challenge of limiting global warming well below 2°C becomes both more urgent and more difficult.”

According to Dr. Bauman, it was shocking to find such an alarming increase in tree mortality, let alone a trend consistent across the diversity of species and sites they studied. A sustained doubling of mortality risk would imply the carbon stored in trees returns twice as fast to the atmosphere.

After studying the climate ranges of the tree species showing the highest death rates, researchers suggest the main climate driver is the increased drying power of the atmosphere. As the atmosphere warms, it draws more moisture from plants, resulting in increased water stress in trees and ultimately increased risk of death.

Earlier, two studies published in the journal Science in May 2020 showed that rising temperatures are shortening the lifespan of trees in tropical forests while reducing their capacity to absorb carbon dioxide from the atmosphere.

This phenomenon was observed in parts of the Amazon, where the temperature has already crossed a critical threshold of 25°C (77°F); by 2050, the same may happen in the Congo Basin, the world’s second-biggest tropical rainforest, researchers opined.

Forests play a major role in fighting global warming, but the authors of the recent studies emphasize we can no longer depend on them as a solution, considering their diminished capacity to absorb carbon dioxide.

“If a tree lives 500 years, it carries the carbon assimilated and stocked for the last 500 years,” says Giuliano Locosselli, a researcher at the University of São Paulo (USP) in Brazil. “If instead, the tree lives 300 years, it means the carbon will be stocked by 200 years less. So we are accelerating the carbon cycle, and the result is that we have more carbon in the atmosphere.”