A new form of high performance solar cells developed by scientists at Princeton University could extend the life of perovskite solar cells from as long as 30 years. It could revolutionize the long-term utility of this kind of renewable energy for the future. 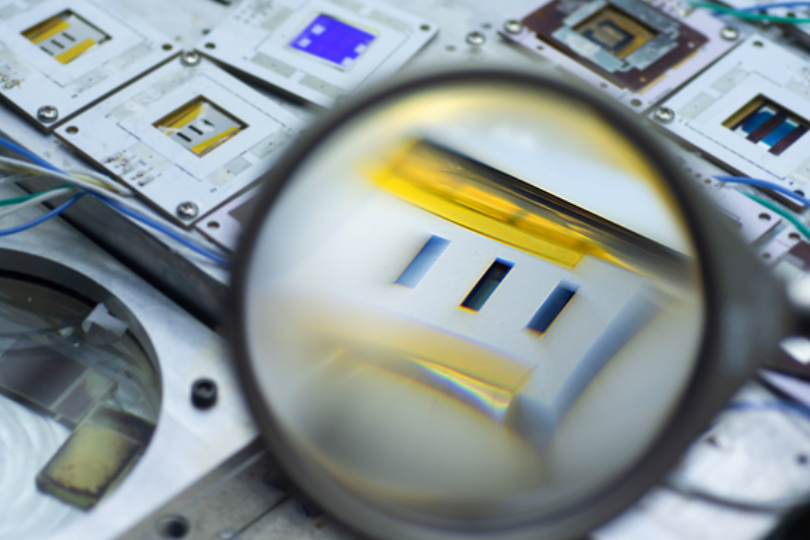 An emerging class of solar energy technology, made with perovskite semiconductors, has passed the long-sought milestone of a 30-year lifetime. The Princeton Engineering researchers who designed the new device also revealed a new method for testing long-term performance, a key hurdle on the road to commercialization. Photo: Bumper DeJesus and Princeton University

The base technology used in the innovation is perovskites. These are a special class of semiconductors utilizing a crystal structure which allows for advantages such as room temperature manufacturing and lower energy needs to manufacture, thereby lowering the carbon footprint just to make the cells. They also can be made flexibly, especially using new methods of producing this class of components that were introduced in the last ten years. That flexibility leads to broader use of the cells in different applications and construction geometries.

Perovskites also provide for what the scientists refer to as a “tunability” capability to adjust the sensitivities and structures for specific environments and light availability.

The latest device, developed by a team lead by Lynn Loo, the Theodoa D. ‘7i and William H. Walton ’74 Professor in Engineering, does far more even that just that. Not only does it last five times as long in experimental evaluations as current approaches, it also yields increased power conversion efficiencies.

Though solar energy was the original “renewable energy source for the masses”, there has been a long-term tradeoff between the low lifetime of high efficiency perovskite cells and much lower energy conversion technology of more conventional cells. Solar cells are also tasked with working in increasingly demanding locations with more intense sun, heat, and high humidity.

The breakthrough in the current innovation came from studies carried out by Xiaoming Zhao, a researcher in team leader Loo’s experimental facilities. Zhao had been investigating how to structure the high efficiency perovskites along with architectures and alternate materials which would minimize the absorption of light and heat into some of the more delicate parts of the solar cell structure.

Up until this work, perovskites had tended to burn out relatively quickly, making them an unsuitable choice for broad-based field applications. The solution Zhao and the team invented was a special “capping” layer only a few atoms thick to layer across the top of the perovskites.

After many tries, the team found what appeared to be a genuine breakthrough, promising to maintain at least 80 percent of the component’s peak light-to-electricity conversion efficiency for a period of five years. The “cap” they used is a two-dimensional layer of Cs2PbI2Cl2, , incorporating Cesium, Lead, Iodine, and Chlorine in a crystalline structure designed to carefully match the perovskite beneath it.

With the devices showing promise for efficiency and lifetime characteristics, the researchers then developed specialized accelerated life test methods to simulate the use of the components for up to 30 years in real-world conditions. That 30-year number is considered a mandatory threshold for how long such components must be useable in the field to satisfy the requirements for commercial use.

Those tests included extreme conditions such as exposure to continuous illumination for at least five years at temperatures of at least 95° F (35° C). Since ordinary circumstances would cycle the temperature and light exposure levels, with far less harsh consequences, researchers said these tests would accurately simulate the equivalent of 30 years of normal use.

The new device is also capability of being manufactured at room temperature, versus conventional silicon solar cells which must be made using fabrication temperatures at up to 3000° F. That high heat means increased use of energy, now coming still mostly from fossil fuels, compared to the new devices.

More experimentation and manufacturability analysis is still ahead before this new perovskite long-life solar cell will become commercially available. But based on what has already been determined, what the Princeton researchers created could alter the future of solar energy dramatically for the future.