Antarctica Glaciers May Be Melting Faster Than in Over 5,000 Years

A just-released study has revealed that two of the bigger glacier structures in West Antarctica may have begun a previously undiscovered catastrophic rapid melt collapse. 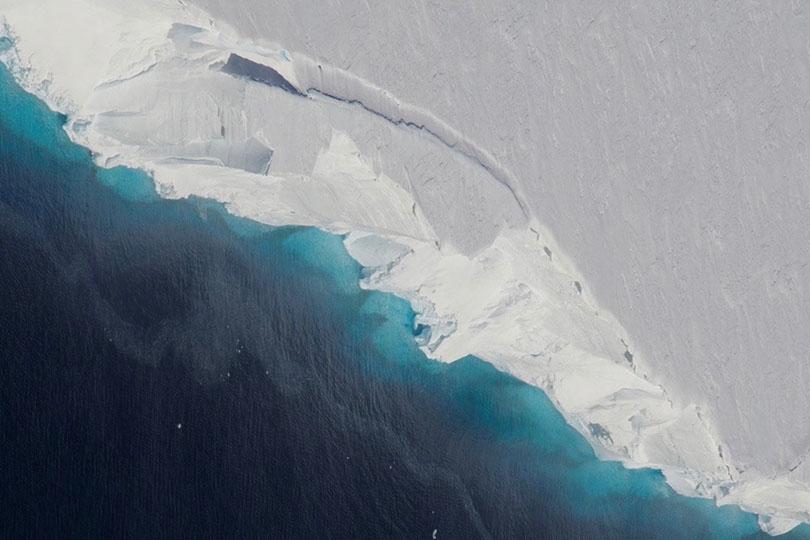 If correct, it could mean explosive near-term fracture of many glaciers throughout the West Antarctica Ice Sheet (WAIS), particularly over the rest of the century, and resulting far more extreme sea level rise rates as a result of global heating and the climate crisis.

The study was conducted jointly by researchers from the University of Maine and Imperial College in London.

Over the past few decades, the West Antarctic Ice Sheet has retreated and thinned at accelerated rates. The Thwaites and Pine Island glaciers that extend deep into the heart of the ice sheet are of particular concern. These glaciers are susceptible to rapid melting because they sit on an inland-sloping bed where warm ocean water can flow underneath floating parts of the glacier tongues and erode the ice sheet from its base, which can lead to runaway ice loss.

Runaway retreat of these two glaciers could reduce the size of the West Antarctic Ice Sheet, potentially contributing as much as 3.4 meters to global sea level rise over the next several centuries.

However, it is hypothesized that the glaciers may have been much smaller in the geologically-recent past — namely, during the mid-Holocene, an era over 5,000 years ago that was even warmer than the present day. If they were smaller, they must have subsequently re-grown, raising the hope that they could do this again in the future.

An international team of researchers led by the University of Maine looked at the relative sea-level change close to the glaciers during the past 5,000 years as an indirect way of determining whether they were substantially smaller than present in the mid-Holocene and then re-expanded. Relative sea level at a location depends on the amount of water in the ocean but also, importantly, on local changes in the shape of the earth’s crust due to loading and unloading of glacier ice. Thus, reconstructions of relative sea level over time can be used to identify large-scale changes in glacier advance and retreat.

The team, led by University of Maine Ph.D. student Scott Braddock, used radiocarbon dating of shells from ancient beaches that are now elevated above modern sea level to reconstruct changes in relative sea level over time. The shape of the resulting curve is related to the growth and retreat of the glaciers. 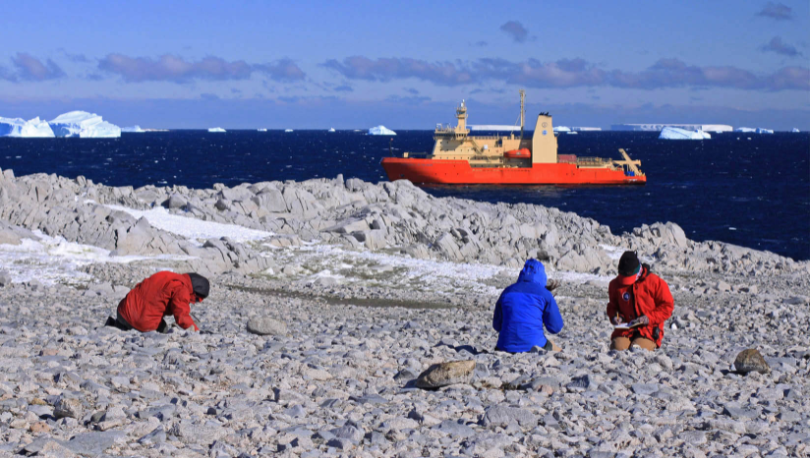 “Relative sea-level change allows you to see large-scale crustal loading and unloading by ice,” says Brenda Hall, corresponding author of the study and professor at the School of Earth and Climate Sciences and the Climate Change Institute. “For example, glacier readvance, which would result in crustal loading, would slow the rate of relative sea-level fall or potentially even cause submergence of the land below sea level.”

The results showed a steady fall in relative sea level over the last 5,000 years. This pattern is consistent with relatively stable glacier behavior with no evidence of large-scale glacier retreat or advance. Moreover, the researchers found that the rate of relative sea-level fall recorded by the shells was almost five times lower than that measured today. The most likely reason for such a large difference is recent rapid ice loss in the region.

“Our work suggests that these vulnerable glaciers were relatively stable during the past millennia, yet their current rate of melting is accelerating and raising global sea level,” says co-author Dylan Rood, senior lecturer at Imperial College London. “These currently elevated rates of ice melting may signal that those vital arteries from the heart of West Antarctic Ice Sheet have burst, leading to accelerating flow into the ocean that is potentially disastrous for future global sea level in a warming world.”

The researchers also compared their results to existing models of the dynamics between ice and the Earth’s crust. They found that the models did not accurately represent the sea-level history revealed by their data. This study helps to paint a more accurate picture of the history of the region and suggests that the models need refining.

Although the new evidence does not exclude the possibility of minor fluctuations of the Thwaites and Pine Island glaciers over the past 5,000 or so years, the researchers concluded that the simplest interpretation of their data is that these glaciers have been relatively stable since the mid-Holocene until recent times – and that the present-day rate of glacier retreat may be unprecedented over the last 5,000 years.

With no evidence from the relative sea-level data that the glaciers have recovered from a smaller-than-present configuration in the last few thousand years, the possibility remains that the present accelerating retreat of these glaciers could lead to ever-increasing ice recession into the heart of the West Antarctic Ice Sheet with consequent implications for global sea level.

The paper which describes the research that led to these conclusions, “Relative sea-level data preclude major late Holocene ice-mass change in Pine Island Bay,” by Scott Braddock, et. al., was published in the June 9, 2022, issue of Nature Geoscience.