Hydropower was and still is seen as one of the most important renewable energy alternatives in the United States. Yet just 2,500 of the nation’s 90,000 dams currently produce any electrical power, less than 3 percent of the total. Could retrofitting them for future use provide a less expensive means of increasing renewable energy power in the country? 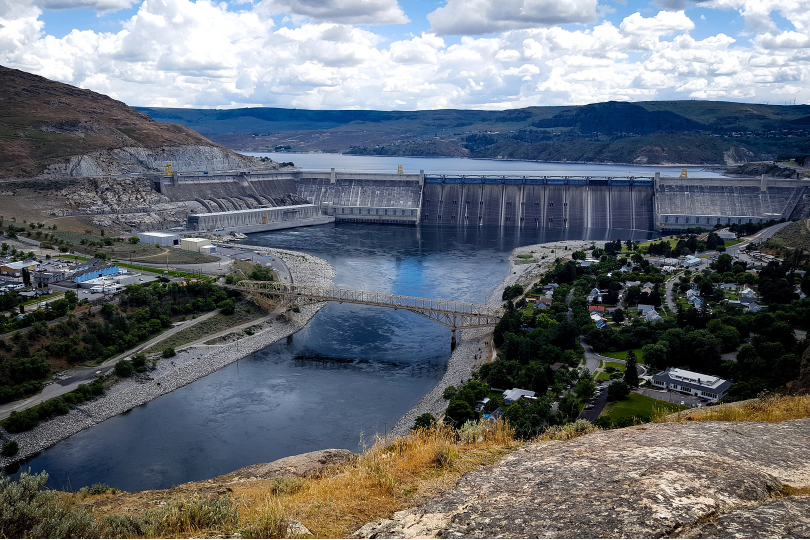 The Grand Coulee Dam, located on the Columbia River in Washington State, was constructed in its original form between 1936 and 1942 to provide power and as a source of water for irrigation. After upgrading with a third generation source within the dam structure in 1974, it became what is now the third largest power plant in the United States. It has a total power producing capacity of 6,809 MW. Photo: Image by tegawi from Pixabay

The story of hydropower is one played out often in the U.S., with government positioning dams and hydroelectric power as serving the dual needs of water shortage resilience and unfulfilled promises of access to one of the cleanest sources of renewable energy available.

It is also one where sometimes misguided environmentalists have often fought hard against the rollout of hydroelectric power as posing a high risk to nature. Older and now obsolete dams, which were often more poorly architected and implemented, and often allowed to decay without maintenance, are indeed a hazard to nature in many locations.

The result of that conflict is a paradox. Hydroelectric power provides 37% -- just over one-third – of all renewable energy and 7% of all electricity generation in the country. It provides power to 30 million homes. It also is responsible for 90 percent of all long-term energy storage in the country. Yet with all but 2,500 dams now shut down for lack of maintenance, the remaining over 87,500 of them currently represent little more than an environmental risk which is only worsening with time.

The obsolete dams which have sat dormant without upgrading are in fact of worse risk than if they were not present at all. They do release greenhouse gases just by their presence and are on record as causing damage to carbon sinks and natural habitats in nearby riverbeds and lands surrounding the structures.

Other dams which are out of operation but are usable represent major opportunities to upgrade them and provide a short route to new renewable power generation in the country. It is in fact estimated that this category of dams which are currently not active could be updated to supply electrical power to an additional 9 to 12 million homes in the country, at relatively low cost compared to other clean energy options.

This is all why the current era is simultaneously one with both the tearing down some old dams and upgrading others is currently taking place at a record pace.

On the side of “getting rid of the old”, American Rivers, an advocacy group, reports that in 2021 57 dams which were mostly just decaying were torn down and decommissioned. The change restored regular water flow again to 2,131 miles of rivers. Over the 90,000+ dams currently monitored by the U.S. Army Corps of Engineers, the military body responsible for tracking and monitoring of navigable waters within the U.S., 1,951 dams have been taken down and the waterways reclaimed since such work began. That is equivalent to about 2% of all dams in the U.S.

On the other side are efforts being carried out by companies like Rye Development, a hydropower company based in Boston. Rye is currently working to upgrade older hydroelectrical power plants and dams in southwestern Pennsylvania. Taking care to minimize damage to rivers and fish in the process, Rye expects to have many of the upgraded facilities up and running – and generating power – by 2025.

The process of retrofitting is more complex and much more difficult than it used to be. Plans now include means of balancing the multiple needs of preserving cultural and historical issues regarding these landmark projects, as well as issues such as preserving fishing grounds, agricultural needs, and endangered species, depending on where the dams are located. The approval process for clean hydropower can be very lengthy and very expensive, while approval for massively destructive fracked oil & gas wells is extremely cheap, quick and easy.

The work is aided by the allocation of only $2.5 billion of the Biden-Harris administration’s infrastructure plan toward projects just like the ones Rye Development is pursuing.

As to where that money will go, with drought in western states causing dammed reservoirs to dry out and therefore not be available for much in the way of increased hydroelectric power, expect much of this retrofit funding to make its way into projects primarily in the eastern states.