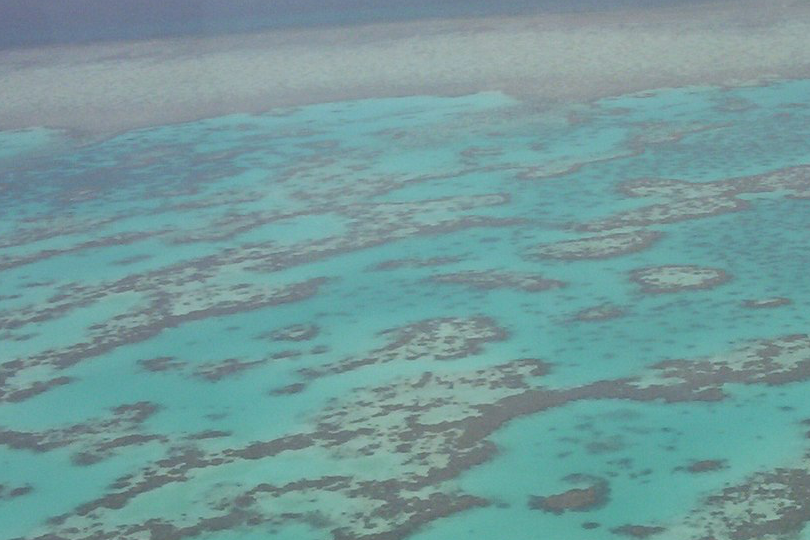 The Great Barrier Reef, one of the biggest and most important coral reef formations in the world, is already on its way to dying off completely. It covers over 2,300 kilometers (over 1400 miles) of extent out from the coastline.

In comparison to what the reef is now experiencing, those were – to use an ironic phrase – just “warmups” to the main event currently happening.

Data gathered four months ago by the National Oceanic and Atmospheric Administration (NOAA) had already flagged a warning about what was about to come. Data gathered at the time revealed that minimum temperatures for 80% of the reef terrain were higher than all previous maximums, for the period from mid-November to mid-December.

“There’s never been heat stress like that in our records,” said NOAA’s Coral Reef Watch scientist Dr. William Skirving at the time. Those records date to 1985.

Now a more imminent set of warnings has come, with dire consequences ahead.

There have been “a flood of reports from the field” by observers of already-bleached coral in the Great Barrier Reef, said James Cook University’s Professor Terry Hughes, a well-known expert on the science of coral bleaching.

After the early December warnings were made, Hughes and others had been watching carefully for what might occur. For a while, as temperatures dropped a bit in the waters, they thought the situation might ease some.

“We all breathed a sigh of relief because corals that were pale in December regained their color in January and February,” Hughes said in a recent interview on the matter. “But in the last three weeks there have been reports of moderate to strong bleaching all along the reef.”

That is supported by reports from Australia’s Bureau of Meteorology that show temperatures in the reef are running somewhere between 1°- 2° C over average, for much of the ocean areas flowing across the reef.

Hughes and his research colleagues have been studying the Great Barrier Reef for some time.

In November, in his paper entitled, “Emergent Properties In the Responses of Tropical Corals to Emergent Climate Extremes,” Hughes wrote that this reef had been especially impacted by the five previous bleaching events. Analysis of the corals there showed that “>98% of the reef had been bleached at least once during the period from 1998 to 2020.

Though future bleaching events would worsen the situation for the reef, one discovery Hughes and his researchers made was that the coral reefs were beginning to demonstrate some form of evolutionary defensive response to the past severe ocean heatwaves.

“When pairs of successive bleaching episodes were close together (1–3 years apart), the thermal threshold for severe bleaching increased because the earlier event hardened regions of the Great Barrier Reef to further impacts,” the paper explained. “In the near future, the biological responses to recurrent bleaching events may become stronger as the cumulative geographic footprint expands further, potentially impairing the stock-recruitment relationships among lightly and severely bleached reefs with diverse recent histories.”

Whether that theory will prove out after the current bleaching event should be discovered soon. The Great Barrier Reef Marine Park Authority (GBRMPA) is currently running reconnaissance flights over the entire expanse of the reef, to gather information on precisely how bad the damage will be this time.

The reef is considered so important to the speed at which the climate crisis and resultant ocean heating will destroy all reefs worldwide, that the United Nations is about to begin a 10-day monitoring mission right after the GBRMPA is finished with its tasks.

The GBRMPA will be completing its report gathering by March 18 and will publish initial results at that time.

The UN team will be after a broader analysis, with projections on what the death of further parts of the reef may mean on all reefs worldwide. Their results will be presented at a meeting of the World Heritage Committee in June. That broader analysis is considered critical to understanding the implications of coral reef deaths on the global food chain, much of which begins with life around coral reefs at its beginning.

A 2021 report from NASA wrote of the tremendous damage done to coral reefs by human beings,  in perhaps some of the toughest words any government organization has published on the subject to date.

“While reef habitats appear to be robust enough to withstand almost anything, they are extremely fragile,” that report said. “Not only are most corals brittle, but they usually need pristine, clear, warm, relatively nutrient-free waters to survive.”

“Over the past 50 years, humans have put an enormous amount of pressure on coral reef environments by altering their waters and tearing up their foundations,” the report continued. “From dynamite fishing to global warming, we are rapidly sending the world’s reefs into oblivion. The latest reports state that as much as 27 percent of monitored reef formations have been lost and as much as 32 percent are at risk of being lost within the next 32 years.”

In reflection of the symbolic importance of the Great Barrier Reef and others surrounding Australia, the country’s federal government has pledged $1 billion to help preserve what is left of all the reefs, for as long as possible, but there is little that can actually be done to save the reefs. At the same time, Australia is expanding coal production and blocking the usage of clean energy and suppressing the fundamental rights of its people, who could create real change if allowed the power to do so.

Global heating isn't something that can be solved by simply allocating more funds for feel-good projects and greenwashing. The root cause is cultural, and while it is now too late to stop runaway catastrophic climate change, we can and must address the cultural issues if we are to have any hope of surviving the mass extinction we have so diligently engineered.

One organization is working on the cultural issues, as well as the conceptual and technology issues to survive the climate crisis, Climate Survival Solutions. The organization is made up of entrepreneurs, scientists and engineers dedicated to the creation of a new climate-proof, self-sufficient and truly sustainable culture and civilization that empowers individuals to transform into caretakers of our planet.