A new analysis of the impacts of decreased reflectivity of solar energy on the melting ice and snow covering Antarctica is contributing to a much larger secondary impact of global heating than previously estimated. 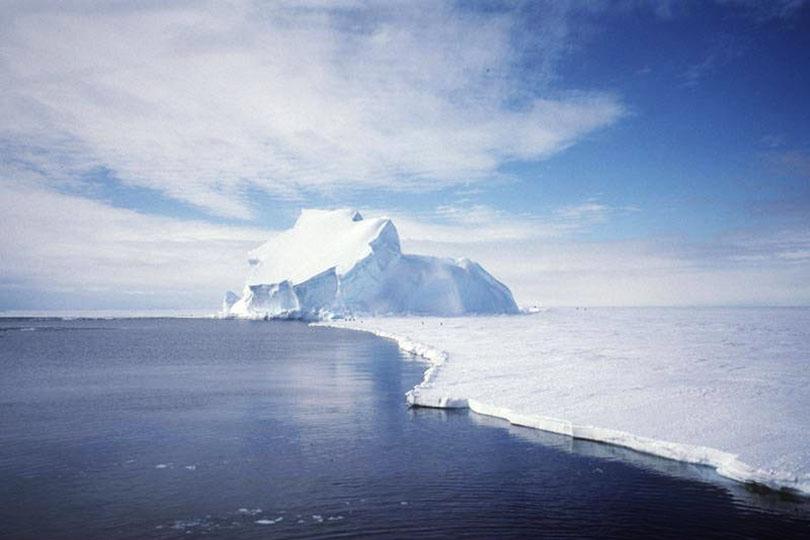 Antarctica's formidable ice had been growing up until 2014. It is now going through what scientists are calling a "precipitous" decline. That decline will contribute to even less solar energy reflected from the ocean's surface in the future. Photo: NASA

The reason has to do with the albedo of the Antarctic sea ice and how it is changing as a result of global heating.

Ice and snow, which are both predominantly white in color, reflect a very high percentage of the sunlight which strikes them. When the ice and snow melts because of planetary temperature changes tied to the climate crisis, far less sunlight is reflected than before. The exposed ocean surface takes the brunt of the increased heat absorption which results.

The new study of this data now illustrates that this fast change in ice coverage at Antarctica during this fourteen-year period has had far more of an impact on ocean heating than most realize.

According to the calculations, this net 0.36% decrease in the total amount of sea ice on the Earth is now allowing for a total of 0.612 W/m² more solar energy is being continuously absorbed by the oceans than in 2008. That corresponds to a global heating equivalent, just from this secondary climate change effect alone, of about half what the total of all human-caused “radiative forcing” due primarily to greenhouse gas emissions has been since the year 1750.

The data for this analysis was drawn in part from the Intergovernmental Panel on Climate Change Report AR6, published in the fall of 2021.