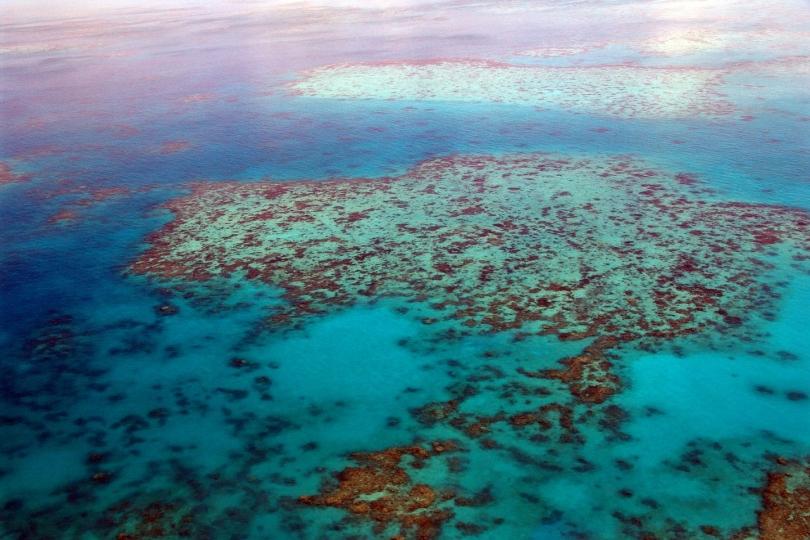 Australia's Great Barrier Reef is about to experience its sixth major mass bleaching event in the history of tracking such events. Photo: Image by Gaby Stein from Pixabay

Scientists from the U.S. National Oceanic and Atmospheric Administration (NOAA) studying the Great Barrier Reef, one of the most important coral reef formations in the world and spanning 2,300 kilometers (over 1400 miles), reported in a new analysis that minimum temperatures for 80% of the reef terrain were higher than all previous maximums, for the period from mid-November to mid-December.

Those involved in this study, which involved review of data going back to 1985 when the first regular data of this kind was analyzed, “were surprised, shocked, and concerned” when they saw the results.

“There’s never been heat stress like that in our records,” said NOAA’s Coral Reef Watch scientist Dr. William Skirving. “It’s completely out of character and speaks to the fact that the minimum temperatures were higher than the previous maximums. This is almost certainly a climate change signal.”

The mass bleaching which is about to happen is being caused by superheating of the oceans which began this season going back to September 2021.

The new data comes after research published in November 2021 showed that even with current short-term ocean temperature heating, the Great Barrier Reef was expected to bit hit with mass bleaching as much as five times a decade, even with just 2° C temperature increases over current values. With projections running as high as three times that before the century is out, such mass heat events will almost certainly kill off what is left of the reefs.

The mechanism for the die-off begins with extermination of the algae which is responsible for much of the color and base nutrients within the coral structures. It is the stripping of the algae which produces the visible “whitening” of the coral, even while it is still – though just barely – alive. Without the algae, the entire food chain for the coral eventually vanishes. It will eventually kill it all.

That earlier study, published in the journal Global Change Biology, pointed to the central and southern parts of the Great Barrier Reef as the ones expected to suffer the worst damage ahead.

This bleaching coming up will be the sixth mass bleaching event in the modern history of the reef. The previous ones happened in 1998, 2002, 2016, 2017, and 2020. The pace of the mass heating events is accelerating as global heating of the air and oceans accelerates thanks to greenhouse gas emissions continuing to increase.

The announcement of the upcoming mass coral death became known after the administration of Australian Prime Minister Scott Morrison announced on January 28 a major new pledge of money to protect the reef from further damage. The pledge is for $1 billion (approximately U.S. $700 million), to be spent on various conservation projects over the next ten years.

Critics complain the whole nature of the pledge is mostly political, as the Morrison administration has continued to back the widespread use of toxic coal for electrical power generation, despite the evidence of great harm it is contributing to the climate crisis. Morrison is also on record as having mostly just stood by as the mass bush fires every year have increased in intensity, with the last major outbreak killing as many as one billion animals and birds, in addition to damage to buildings and homes.

Morrison’s agreement to spend the AUS $1 billion was also announced just a few days before Australia is scheduled to submit a report too UNESCO about the current health of the Great Barrier Reef – and what the country was going to do about protecting it.

Morrison called the monies the “single largest investment” in conservation activities for the reef. Some of the allocation will be used to protect water quality, reducing pesticide and herbicide runoff from agricultural areas nearby, and to keep illegal fishing out of the reef area.

The money unfortunately is coming far too late to protect against the climate damage the Morrison government has spent many times that backing, in the forming of continued fossil fuel exploration and exploitation.